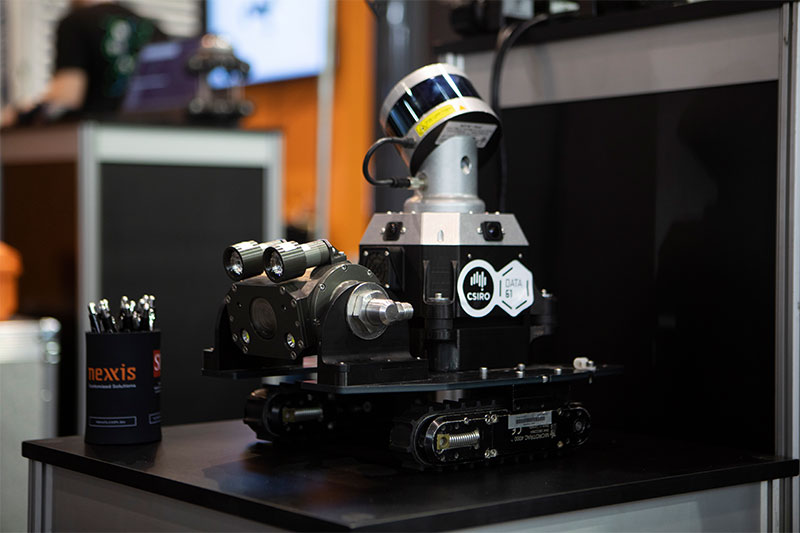 Automation technology had advanced dramatically over recent years. However, one issue that’s remained, especially in areas where robots work in dangerous environments, has been how to navigate without the use of GPS.

The creation of a technology that can map, navigate and create digital replicas of systems and places without using GPS is a gamechanger for robots that work in hazardous areas, such as underground mining tunnels. Known as Wildcat, the tech is a next-generation, 3D Simultaneous Localisation and Mapping (SLAM) system that’s been created by Data61, the data and digital specialist arm of CSIRO – Australia’s national science agency.

When it comes to navigation in areas that don’t have maps or, due to a variety of issues (remote location, underground etc) can’t use GPS, such technology is a huge leap forward. Its creators foresee its widespread use within multiple industries, including mining, defence, construction and agriculture.

One early adopter, Emesent, is successfully using Wildcat to map mines. Other companies trialling the tech include, GeoSLAM in the UK, and Australian entities, AutoMap, BIA5 and Stealth Technology, a subsidiary of Strategic Elements Ltd (ASX-SOR).

Wildcat is taking the world by storm, coming fourth in the Urban Circuit in February 2020. Competing against a wide field of global robotics expert, this was the only Australia entry in the challenge and proves just how advanced the country is when compared to the rest of the world. Wildcat is also being used by a team of CSIRO scientists competing in the US Defence Advanced Research Projects Agency-funded, DARPA Subterranean Challenge.

The Early Adopter Program (EAP) is a strategic push by CSIRO to bring technology to SMEs in a range of sectors. It allows them to trial and integrate the latest tech – something that has historically only been accessible and affordable for large corporations with the associated high levels of funding.

In a post-pandemic world, reviving the economy is a major task for the government. Karen Andrews, Minister for Industry, Science and Technology said that, “There is no business as usual in the post-COVID 19 economy. Our success as a nation relies on our ability to unlock the potential of industry to create high-aid, lasting jobs”.

This is the very reason that the CSIRO EAP is so important. Australia’s SMEs will play a major role in creating value, enhancing productivity and growing the economy. Giving them access to cutting-edge tech, such as Wildcat, is nothing short of transformational.

Wildcat Technologies Lead at CSIRO Data61, Fred Pauling, says of the tech, “Industries are increasingly deploying robots to navigate complex and unstructured environments where there are no GPS systems or pre-existing maps. While there are some commercially available options, none meet the needs of industry or directly support the operation of these robots”.

Wildcat has been designed to overcome the current gaps in the market and is just one example of how technology and automation is driving revolutionary change in a range of diverse industries.

A champion of such innovation, Nexxis has been a leader of innovative technological solutions since 2014. As an equipment provider with in-depth knowledge of mining, oil & gas, petrochemical, nuclear and more, they’ve pioneered an equipment procurement process that outshines dated models. Flying in the face of tradition, their combination of technological expertise, design and the ability to utilise unique tech solutions to address the most complex of issues, Nexxis customers benefit from ingenious inspection solutions that simply don’t exist elsewhere.

Discover the art of the possible at Nexxis.com  or contact us today for a no-obligation chat.

Written By NexxisApr 26, 2022 · 3 min read
Previous
Next
Join our mailing list // Discover a world of forward-looking solutions designed to shape the future. Ready?