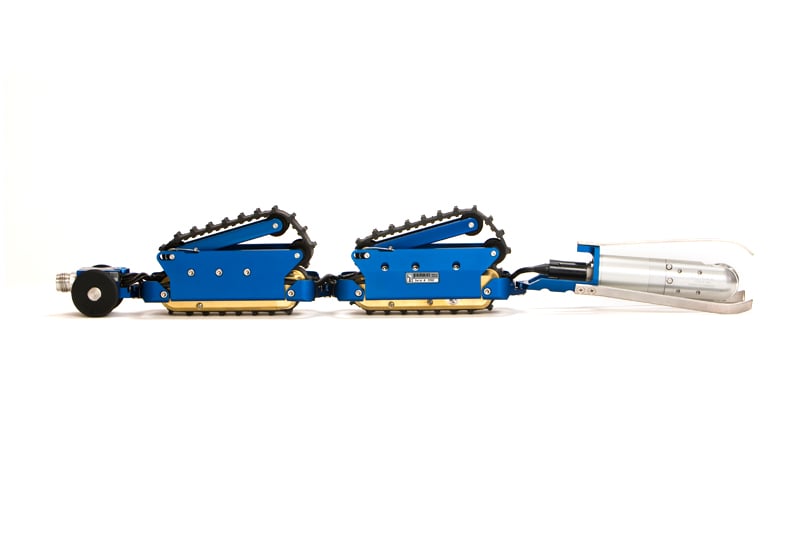 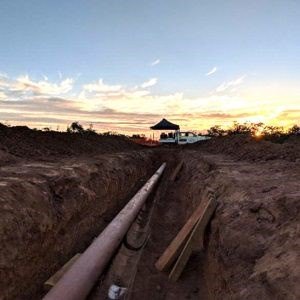 Nexxis was briefed by a client with a serious challenge in which they had two pipeline inspection gauges (PIGS) stuck in a pipe that spanned more than 300 km.

The client was able to estimate that the blockages (PIGS) were in a 1.2km span of spool, approximately 43km’s into the pipeline.

Long-range inspections require weight to provide traction, torque to be able to power through the pull and overcome friction drag on the tether. There also needs to be an increased voltage to send power over the long distance.

Pipe diameter is another issue that arises, as reduced space and area can compromise the outcome.

After evaluating the risks of a long-range inspection, Nexxis suggested the VT150™ Long-Range Crawler, which is the only system of its kind available in the Southern Hemisphere.

To ensure Nexxis meet the customers outcomes on distance and not knowing the conditions of pipe internals, it was decided to install a spring-loaded traction enhancement kit and run the system in its inline configuration. 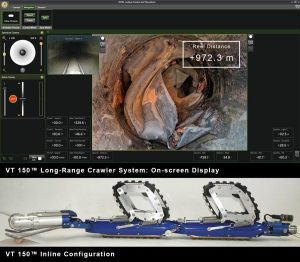 The crawler was also fitted with an additional weight block to the system, to supply significant down force thereby increasing traction.

The VT150™ has advanced camera technology and can be configured for multiple pipe diameters – and most importantly, has an optional 1000 metre tether.

This meant the crawler could cover off the 1.2km spans using only two entry points.

On the first entry point, one of the PIGS was located at 664 metres and using the high-resolution video and images produced, it was observed that both pigs were at this location, with one having collapsed beneath the other.

With the VT150™ tether encoder giving us an exact distance, the client was able to locate and remove the pigs efficiently and without unnecessary pipeline disruption.

Due to the rapid location of the blockage, the client was then able to inspect an additional 4km’s of pipeline with the longest run being 972 metres. This provided additional high-quality video and still imagery and a good indication of pipeline integrity overall.

Discover more about our full range of robotic inspection equipment or contact us today for a no-obligation chat.