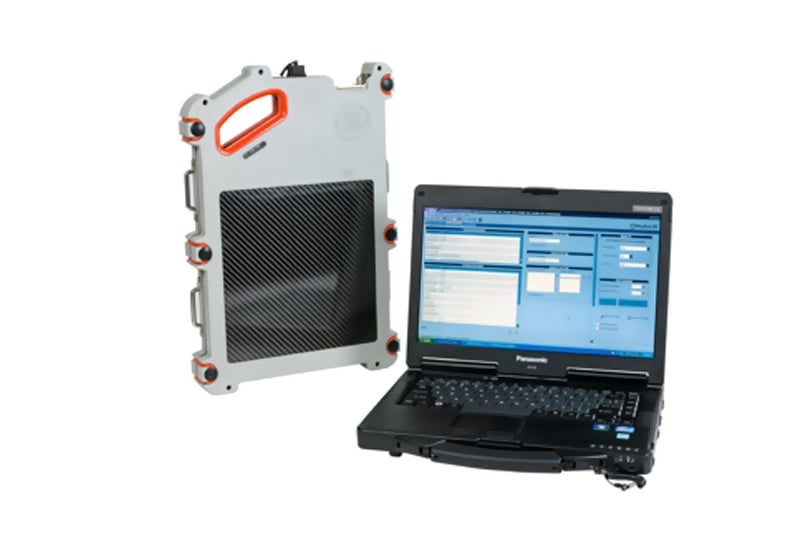 Film radiography is the oldest non destructive testing (NDT) method, yet it remains one of the most important and widely used forms of industrial inspections.

That said, radiographic testing has advanced hugely since the early days of film X-rays, with modern computerised and digital technologies changing the way that radiographers do their job.  This article covers the fundamentals of radiographic testing (RT) including applications, techniques, costs and benefits.

RT is used to inspect the internal structure of component parts, welds or materials for discontinuities and is used in a variety of industry applications including mining, petrochemical, steel fabrication and oil and gas.

RT is used for:

Used properly, it answers some important questions that an NDT programme should ask, such as – is this structure performing optimally?  Is there anything wrong with the component or the material that the eye can’t see?  How often should the component be checked?  Does the component or material need replacing or repairing?

Radiography (X-ray) uses X-rays (using an X-ray tube) and gamma-rays (using a radioactive isotope) to examine an object for internal or surface imperfections without causing any damage.  A radiograph or picture is then produced which shows any changes in thickness, defects (internal and external) such as cracks and porosity as well as the assembly details of the specimen under test.

There are four main RT technologies namely film, fluoroscopy, computed radiography and digital detector array, each of which has its own set of advantages and drawbacks.

This method has been around for over 100 years, but is still a highly regarded and widely used technology.

The high spatial resolution of the film delivers high quality results – an advantage when a greater degree of sensitivity is required such as the detection of extremely fine detail in metallic items.   However, the production of the film requires the use of potentially harmful chemicals and can be time-consuming.

The advantage of fluoroscopy is that it enables objects to be examined continuously and in real-time which make it a cost-effective and practical solution for examining large structures.   However, this method isn’t as sensitive as others and is therefore unable to detect very fine detail in more dense materials.

Instead of using film, CR uses a phosphor imaging plate which require less exposure time.  The advantage is that results are obtained far quicker and without the need for chemical processing.  The captured image on the phosphor plate is converted into a digital signal that is visualised on a computer monitor and stored digitally for later review and archiving.  Phosphor plates are also more sensitive than film and have a greater dynamic range.

This method is also often referred to as direct radiography (DR) and is very similar to computed radiography.  The main difference between the two is that in DR, an electronic flat panel detector is used to capture an image directly and display it instantly on a computer screen.  This technique is faster than CR, with shorter exposure times and a wide dynamic range and it produces higher quality images, but it costs more and isn’t as mobile as either CR or film.

Radiography has several advantages over other NDT techniques.  It is highly reproducible, versatile and can be used on a variety of materials without requiring a substantial amount of surface preparation.  Many RT systems are portable, and the data collected can be stored and used for further analysis and planning.

In terms of cost, each method should be weighed up in terms of its suitability for purpose over the long-term rather than being compared directly with one another.  They are very different and they meet different needs.   Rather than looking at the various technologies at face value and how well they meet immediate requirements – a longer-term solution should be sought that takes into account lifecycle costing and changing operational needs.

For example, a mining operation that uses analogue film radiography will require the following:

If the operation switched to digital radiography, it would require:

The choice of system should take into consideration many different factors including the volume of use, the time taken to realise a return on investment, the cost of maintenance, portability etc.  It may well be that going digital is the smartest and most economical route over the long-term, but it is worthwhile discussing your needs and expectations with an experienced technical equipment supplier like Nexxis so that you get a solution that is tailormade for your needs.

For a professional, obligation-free discussion about your NDT needs, talk to the experts at Nexxis.

Written By NexxisSep 26, 2019 · 5 min read
Previous
Next
Join our mailing list // Discover a world of forward-looking solutions designed to shape the future. Ready?